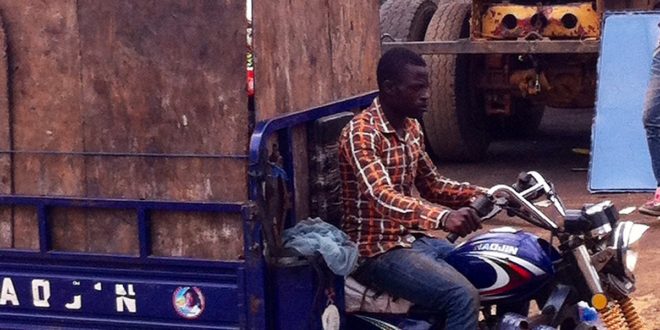 The Greater Accra Regional Minister, Henry Quartey, has pointed critics of the restrictions on tricycles, also known as aboboyaa, to the part of the constitution that empowers district assemblies to take such decisions.

It notes that “a District Assembly shall be the highest political authority in the district, and shall have deliberative, legislative and executive powers.”

From November 1, tricycles will only be restricted from using the Accra-Tema motorway.

The full ban that will include other highways is expected to take effect from February 2022.

The Ranking Member on the Transport Committee of Parliament, Governs Agbodza, had led the Minority in Parliament to oppose this ban saying it lacked legal backing.

But Mr. Quartey reminded that the motorway fell within the La Dadekotopon, Ledzokuku, Tema West, Tema, Ashaiman and Adentan assemblies which have all endorsed this restriction.

“They [District Assemblies] are exercising their legislative and executive powers saying that Aboboyaa is a nuisance and they pose risks on the motorway,” Mr. Quartey said on The Point of View on Citi TV.

“My good brother Agbodza should avert his mind to Artice 241,” he added.

Mr. Quartey further defended his assertion that the tricycles were hazards on the roads.

“Aside from them [aboboyaa riders] not having drivers’ licenses, the cycles are not properly insured. They dump refuse anyhow in the middle of the road,” he complained.

The restrictions on the use of tricycles within the Greater Accra Region are part of the Operation Clean Your Frontage initiative.

Riders who flout this directive will have their motorbikes and tricycles impounded and given a maximum of a month to explain why their bikes should not be disposed of.