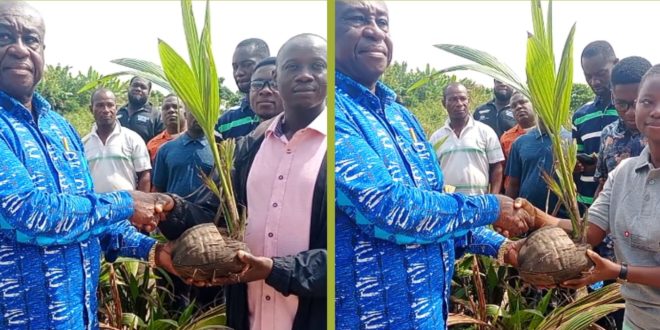 As part of the government’s flagship policy to planting for export and rural development PERD, the Bosomtwe District Assembly in the Ashanti Region led by Hon Lawyer Joseph Akwasi Asuming and the District Agricultural Directorate have supplied coconut seedlings to Farmers in the district. 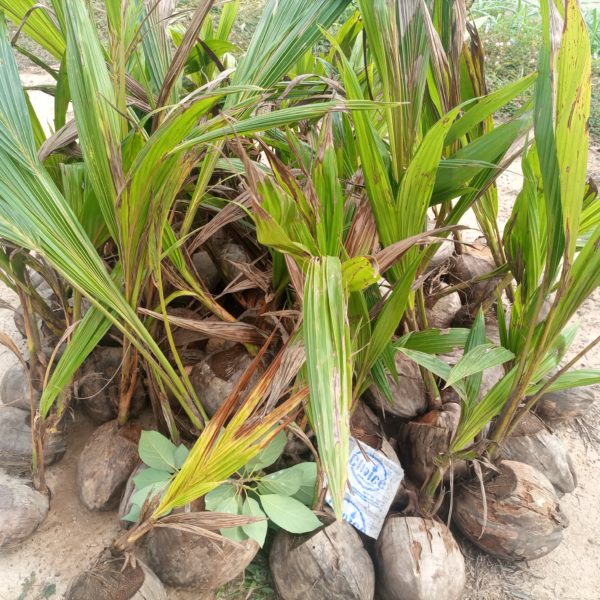 Handing over the 1,000 thousand coconut seedlings at a short ceremony held at the food and agriculture directorate at Kontanase on Friday, Hon. Joseph Akwasi Asuming Esq. advised the farmers present to make use of the free coconut seedlings to enhance them good living and better life in future. 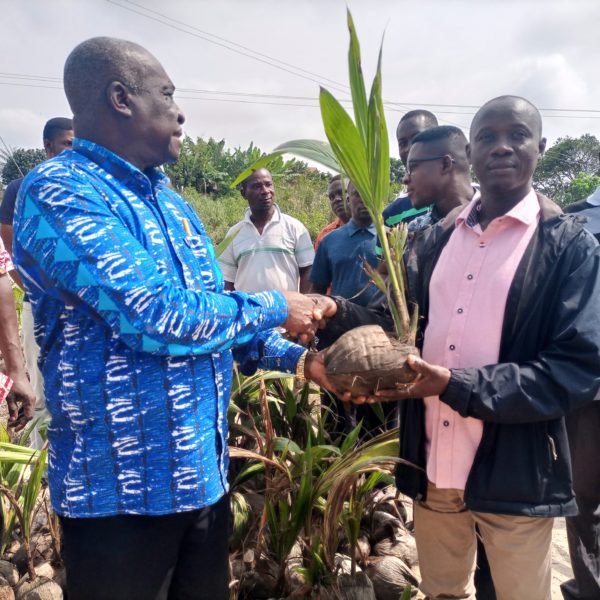 According to the Chief Executive, the planting for export and rural development program has been an indicator of creating employment for the mass, as farming is seen as the huge job employment in Ghana, a total of 171,500 of palm seedlings were given to the farmers since 2019 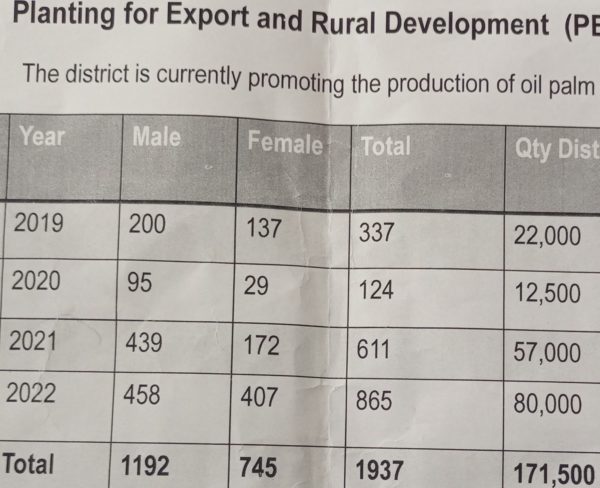 He noted that, for the government’s one district one factory initiative to be operational, it is imperative the PERD to be well taken care of as it remains the major source of raw materials for production.

The former Asokwa branch manager of Ghana Revenue Authority added that, this is the first but will not be the last of distribution coconut seedlings to the farmers.

Lawyer Asuming urged the farmers to make some small irrigation system as a source of water for the plants in case there is a change in the weather condition. 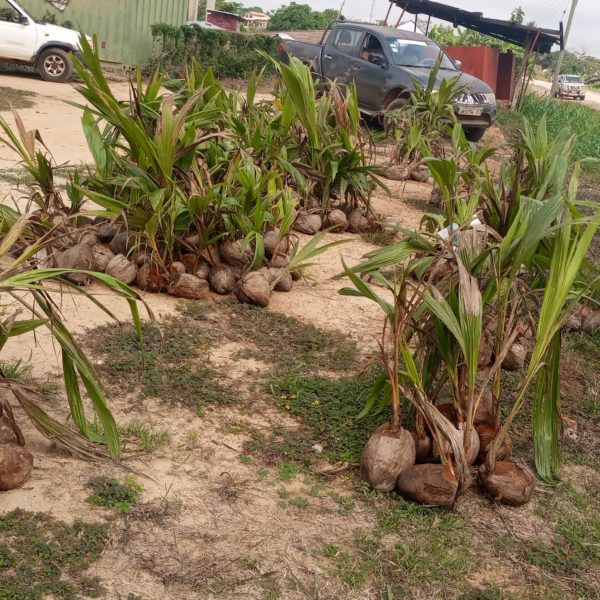 The District Agriculture Officer in charge of extension services and PERD, Mr. Kwamena Bartels explaining the procedure for the plantation to the farmers said the seedlings were very fertile which were taken from Kade Agric research and have been properly nursed.

According to him after 3-4 years of plantation and proper maintenance, the farmers will start harvesting them which as a result will generate income them.

He added that the Agric department will deploy extension officers to the various farmers to educate them on how to line and peg the seedlings and will also pay them with monthly visit.

One farmer, Arhin Francis stood on behalf of the entire beneficiaries and praised the President Akuffo-Addo and the Chief Executive Lawyer Joseph Asuming for their immense support. 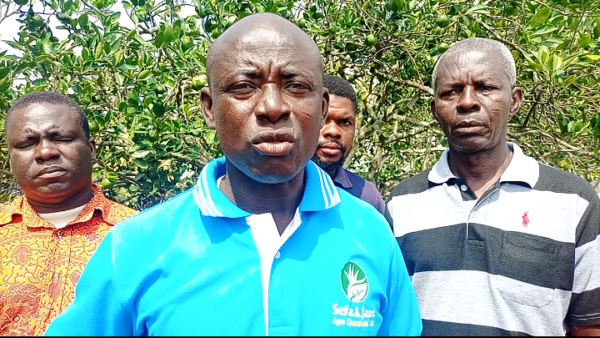 He assured the government to make use of them so as to yield good results and to achieve the purpose of which the coconut seedlings were given. 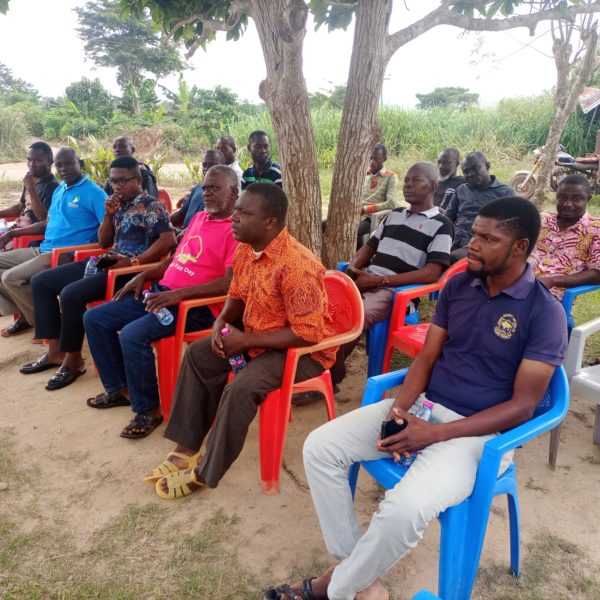 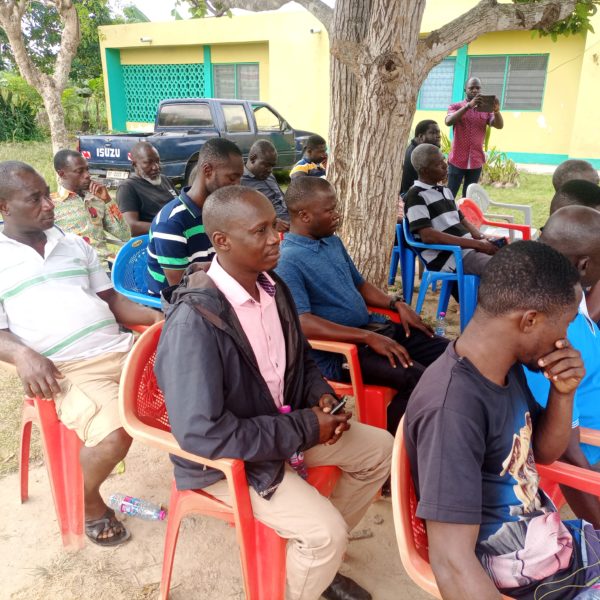