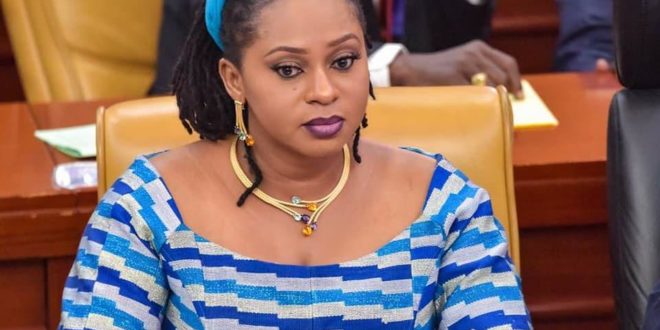 NPP council of Elders to meet over Adwoa’ absence Sarfo’

Dome-Kwabenya Constituency Secretary of the governing New Patriotic Party (NPP), Theophilus Abu Larbi, has disclosed that the Council of Elders of the party in the constituency will, in coming days, take a decision on Sarah Adwoa Safo, who has been ‘dormant’ for a while now.

In an interview on Joy News on Friday, February 11, 2022, Theophilus Abu Larbi asserted that the absence of Sarah Adwoa Safo in parliament has had dire consequences on the constituents.

See also  Ambassadors For Christ Council Charges To Proclaim The True Word Of God To The World.

Sarah Adwoa Safo has been absent from parliament for some time now after she was granted an extension of her leave last year by President Nana Addo Dankwa Akufo-Addo.

According to Mr Larbi, the constituency Council of Elders will sit on the issue in the coming weeks as several attempts to get in touch with the MP have proved futile.

While some members of the governing New Patriotic Party are worried about the minister’s absence in parliament amidst the rising tension on the passage of the E-Levy, others; including pollster, Ben Ephson have called for Adwoa Safo’s dismissal.

Outspoken lawmaker, Kennedy Agyapong, has also said Adwoa Safo’s ‘missing in action’ conduct is tantamount to holding the NPP party to a ransom.

Meanwhile, Aide to the Member of Parliament for Dome-Kwabenya, Nana Dubin Kwapong says the suggestions that his boss’ absence is affecting the constituency is ridiculous.

According to him, projects in the constituency are still ongoing and Adwoa Safo is still working albeit from beyond the country.

“Even though she is not around, there is still some works going on in the constituency and as far as the common fund is concerned, she doesn’t need to be present for the common fund to be utilized for the benefit of the people,” he