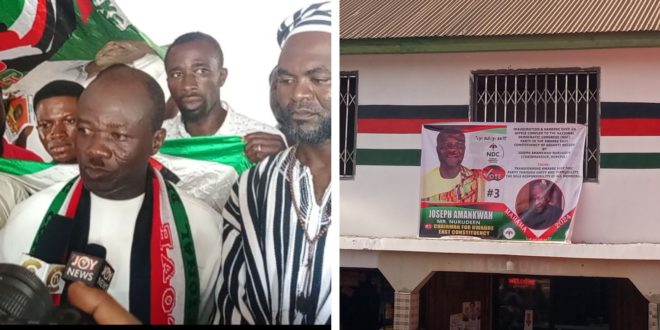 Hundreds of NDC loy­alists on Sunday cladded in their party para­phernalia, besieged Mamponteng following a handing over of a 2 offices and a conference hall facilities to the NDC leadership in the Kwabre East constituency. 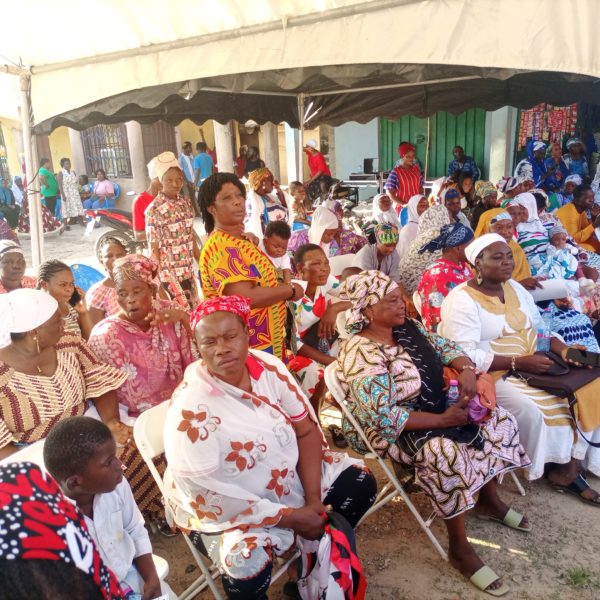 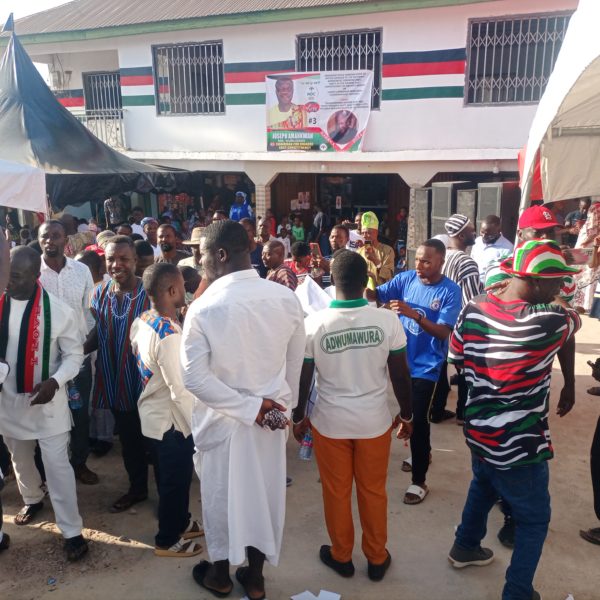 The building was rent­ed by Hon Chief Joseph Amankwa Nuredeen, a first vice chairman of the NDC and a top contender for the constituency chairmanship position of the party. 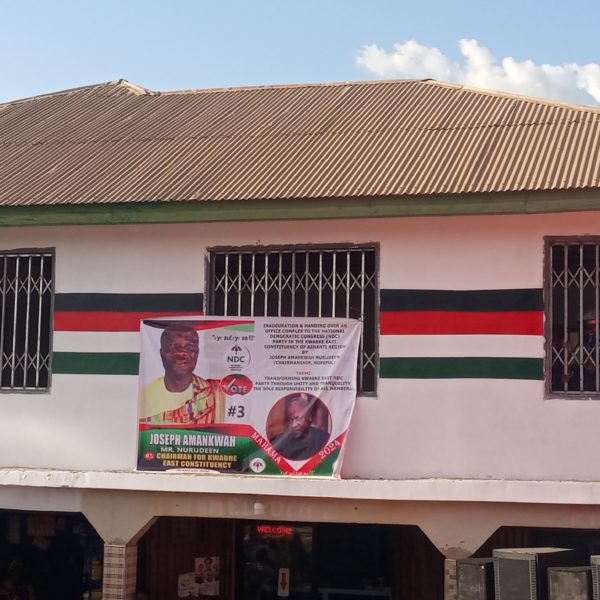 The NDC fraternity at Mamponteng and the nearby communities were excited for the edifice as lack of office has been the major challenge of the party.

See also  we are very grateful to the president and our dce for giving us job- AKSD tasks force formerly known as delta forces, appeals to president to renominate hon apc.

Addressing the gather­ing during the handing over, Chief Amankwa said he was presenting the office to the party to help the NDC realise its great ambition of unseating the Nana Addo led administration and the MP for the area in 2024.

According him, the donation came not because he is contesting for the chairmanship position but explaining that the gesture clearly buttressed his great love for the NDC.

The former assembly member also promised to support the party in diverse ways to help it become strong and ready to defeat the NPP in 2024.

On behalf of the NDC, he thanked all party greats who in the past allowed the NDC to use their houses as constituency party office, saying “He’s continuing from where they left off.”

Party bigwigs in the region and other top-notch NDC members were present at the dedication.

Receiving the edifice on behalf of the Constituency executives, the Advisor for the NDC party in Kwabre East, Mallam Issah Mohammed commended the donor for his immense love and passion for the NDC, urging other party members to emulate his shining exam­ple.

He urged the members to embrace peace and unity and shun bicker­ing and backbiting in the party, as they were one people with a common destiny, and the battle they have is with the NPP and not NDC.”