Breaking News
Home / GENERAL NEWS / JUST IN Guinea: Colonel Doumbouya To Be Sworn In on October 1 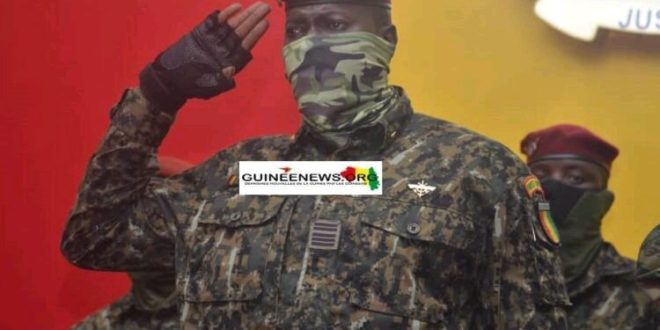 JUST IN Guinea: Colonel Doumbouya To Be Sworn In on October 1

Colonel Mamadi Doumbouya came to power in a coup that swept through the Alpha Condé regime on September 5, 2021. Although considered a coup leader, he will be sworn in, in accordance with the Transition Charter.

In a statement released on national television on 29 September, President of the NDRC, Colonel Mamadi Doumboya announces that he will be sworn in as president of the Transition on Friday 1 st October 2021 at Mohamed V Palace

Forever Product
Heads of state or their representatives could well take part in this ceremony. In any case, their arrival is notified at the Mohamed V palace at 10:30 am, according to the press release setting the date of the swearing-in.

See also  Entrepreneurship Is The Solution To Unemployment In Ghana- Dr. Richard Asiedu

As for the president of the Transition, his arrival is announced at 11:45 am, while at 12:00 pm, the Supreme Court will open its hearing.

” The guests are received at the people’s palace with their vaccination cards against Covid-19 and their invitation cards, then taken by shuttle to the Mohamed V palace,” said the press release read by Lieutenant-Colonel Aminata Diallo.