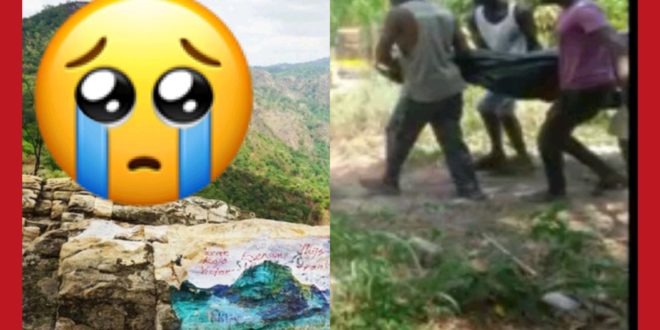 According to a report by Mighty FM at Mampong located in the Ashanti Region a Pastor who was identified as a member of the Pentecost Church has turned to the wall (passed away). The name of the pastor is known as Obeng Asare though details about him wasn’t been given out since the police service came in for further investigation.

According to the eyewitness Mr. Owusu, he was found dead inside his room this morning. He revealed after several knockings Mr. Asare wasn’t responding so he called some of the members to the scene. They also tried severally and there was no response until they break the door and found him dead.

Quickly they reported the incident to the Nsuta police service. Currently, the case is under investigation for more details don’t forget to follow me and I will give you all the gist about this sad incident.

Atwea mountain is a place located in the Ashanti Region, Sekyere Central and it is known as a place most Christians go to pray and worship. You can find the place in Nsuta, Kwama, and Beposo constituency. The place is mostly visited for tourist attractions.

May his soul rest in peace.

Previous “We Should All Join Together And Put Our Differences Behind” Adwenk3se3 Uncle JB Message To NPP Delegates And New Executives
Next “John Boadu’s Contribution To The Party Cannot Be Undermined, Call Your Supporters To End Mockery” ~ Kate Gyamfua To JFK, Party Leadership