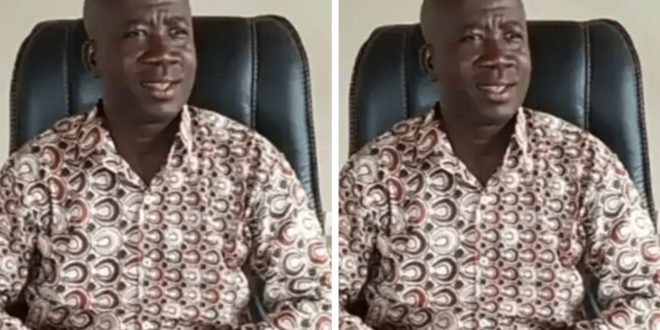 The District Chief Executive (DCE) for Bosome Freho in the Ashanti Region, Yaw Danso, has been suspended over his alleged involvement in illegal mining.
President Nana Addo Dankwa Akufo-Addo gave the directive for his suspension following allegations of his involvement in the illegal activity.

The Minister of Local Government and Rural Development, Dan Botwe in a letter asked Yaw Danso to step aside for investigation into the claims.

An audio recording in circulation implicates Mr Danso in galamsey.

See also  Muslims-Ramadan: Use Ramadan As A Tool To Live In A Virtue Life, Reformation ~ Muslims Youth Told As Widows, Orphans Receives Support.

Some Assembly members in Bosome Freho had called on the presidency to look into the allegations.

Speaking with MMDCEs at a special meeting last week, President Akufo-Addo indicated that Mr. Danso had been invited to defend himself against the charges.

Previous ‘I’ll shame you all’ ~ President Nana Addo showboy to detractors in Ashanti Region
Next Cedi Depreciation: Cedi hits GH12.00 to a dollar [WATCH IN VIDEO]