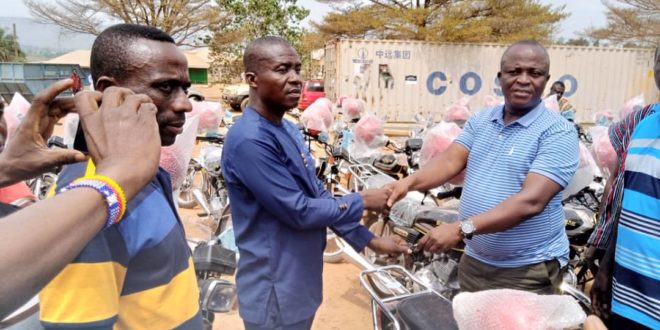 The Atwima Mponua District Assembly in the Ashanti region through Ministry of Local Government and Rural Development ,have empowered 55 Assembly Members each with Motor bikes to facilitate their meritorious services.

In a colourful durbar held at the Assembly forecourt had dignitaries like: Mrs Benon Okine the District Co-ordinating Director, Nananom and Departmental Heads as well.

Making the presentation, Hon Isaac Kofi Marfo ( Ziraki Naba) – DCE for Atwima Mponua District Assembly hails the government for supporting the Assembly Members saying over 90% Electoral Areas are in remote areas and access to transportation is hard saying this would be a source of relief to them and advised them to ensure culture of maintenance of the supreme star motor bikes received to meant the purpose of given by government.

Afterwards spoke with Hon Charles K. Dwumfour the Presiding Member for Atwima Mponua District Assembly and Hon Charles K.Nsiah Assembly Member for Ntobroso Aniamoa Electoral Area as they appreciated the love and support from the government saying it would go a long way to help them in discharge of their duties. 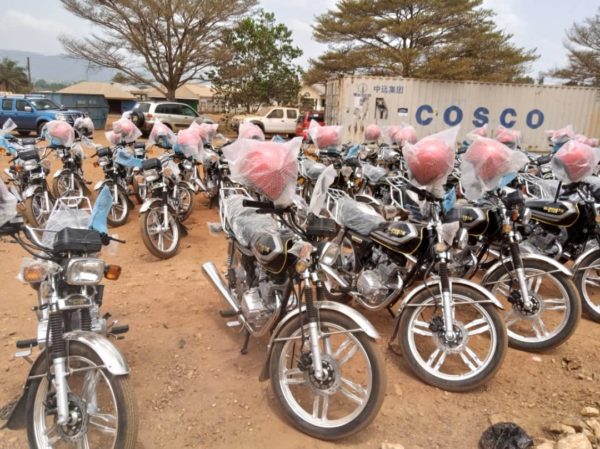