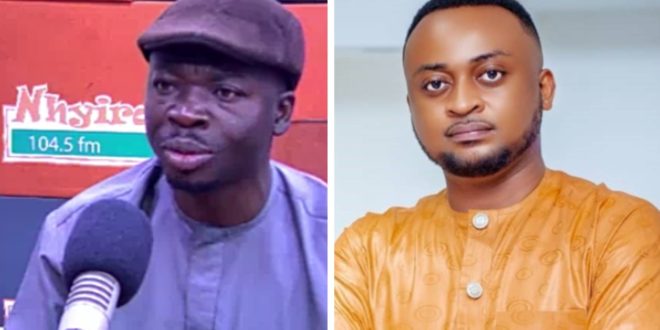 A Forensic Chartered Accountant, Mr. Awuni Akyereba has called the leadership of the New Patriotic Party (NPP) government as a matter of urgency, reprimand its Member of Parliament (MP) for Old Tafo, Vincent Ekow Asafuah for the latter’s scathing attacks on the Education Minister, Hon. Osei Yaw Adu Twum over the appointment of Dr. Eric Nkansah as the Director General of Ghana Education Service (GES).

While calling the striking teachers Unions to end their ongoing strike, Mr. Akyereba also appealed to teachers in Ghana to look into the competence and expertise of the new GES boss.

The Old Tafo lawmaker happens to be a former Public Relations Officer (PRO) for the Education Minister without mincing words recently criticized the appointment of Dr. Eric Nkansah as Director General of the Ghana Education Service (GES) on social and the sector minister.

According to the young politician, the appointment by the Minister is an ‘ill-conceived, selfish and baseless recommendation emanating from the Ministry of Education to the Presidency to relieve an Educationist at the helm of affairs of his post and bring in an alien to the industry,’

Reacting to the seemly power play in government, on Kumasi-based Fox FM, Mr. Awuni Akyereba, therefore, fired a shot at Hon Vincent Ekow Asafua for attempting to bring the name of the Education Minister into disrepute.

The policy analyst, explains the motive behind the fierce resistance of Dr. Eric Nkansah is political and parochial interest of persons within the governing New Patriotic Party (NPP).

‘I’m also surprised and flagabastered a whole MP could speak out to an issue like this. Well, am not surprised he wrote poor grammar. As a former PRO for the Education Ministry, he should know when and how to communicate. I thank God I’m not his constituent and that will kill my soul and spirit should I be a resident of Tafo.

“A tall list of names has come to me and at right time, I will release those names behind such a sinister move. …Dr. Nkansah as Technical Advisor and Director in charge of Tertiary Education at the Education Ministry sat and engaged the teachers union on behalf of the government, so where was that union leadership?’ Mr. Awuni Akyireba quizzed.

Mr. Akyereba also appealed to NPP delegates to reject the second coming of Hon. Asafuah their Member of Parliament to save the people from further disgrace.