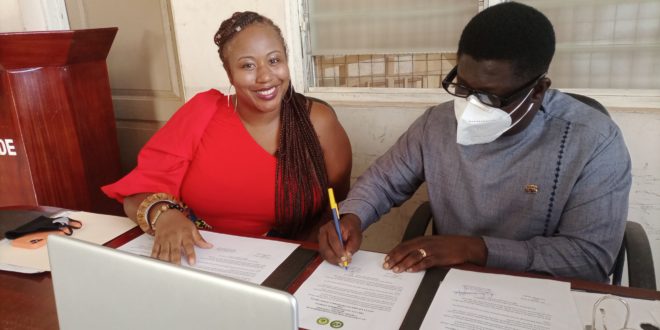 The Afigya Kwabre South District in the Ashanti Region and the City of Stockbridge in Georgia have signed an agreement for the establishment of a sister cities relationship. 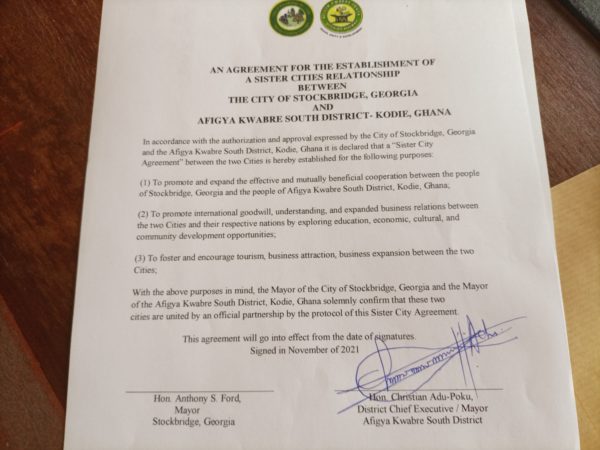 The agreement which was in accordance with the authorization and approval was expressed by the city of Stockbridge in Georgia and Afigya Kwabre South District Assembly, Kodie in Ghana and being declared as a sister city agreement between the duo.

Penning signatories to authenticate the agreement at a short ceremony at the District Assembly, the District Chief Executive, Hon Dr Adu-Poku Christian explained that the relationship was in accordance with the President’s vision of year of return which will expand and promote effective and mutually beneficial corporation between the people and residents of Stockbridge and Afigya Kwabre South District. 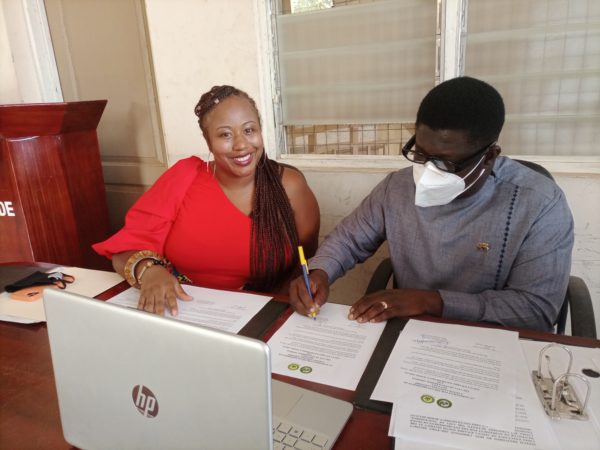 He said that the sister city agreement will promotes education, economic, cultural and community development opportunities and also explores, promotes international goodwill understanding and expands business relations between the two cities and their respective nations.

The agreement took into effect from the date of signatories, signed in November 2021. It is said that some of the people from Stockbridge city numbering twenty (20) and still counting have already settled at Adubinsu-Bia in the same district. 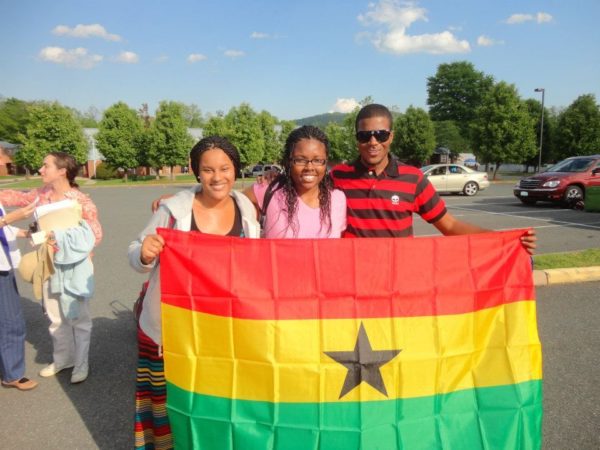 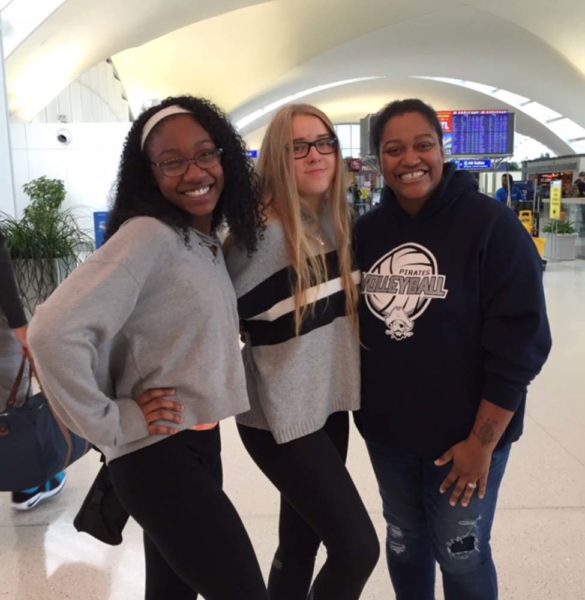 Meanwhile the Director of Global Consultant, L. Nsingha Samuel who represented and spoke on behalf of the Mayor of the City of Stockbridge said their partnership will go a long way to foster and encourage tourism, business attraction and business expansion between the two cities.

She disclosed that Ghana and for that matter Kumasi is the heart of culture and Afigya Kwabre South being their family district, hence the decision to choose and live there and will also invits their friends as well.

With the above purpose in mind according to the director of the global consultant, the Mayor of the city of Stockbridge and Mayor of Afigya Kwabre South District solemnly confirm that these two cities are united by an official partnership by the protocol of this sister city agreement.

The function was graced by representatives from the traditional authorities, staffs at the district assembly, the media and some assembly members.

Call this publisher on: 0241033800 for all your article, advertisment and your news stories publication.