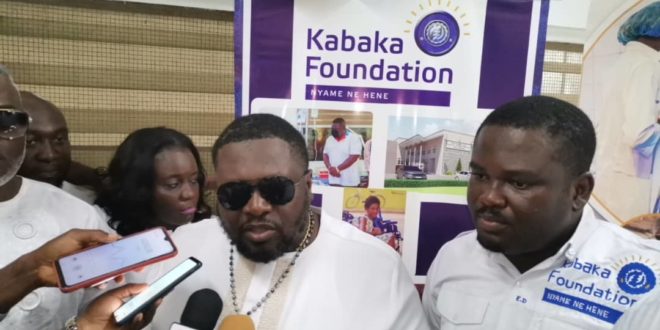 Smiles were put on the faces of about 18 maternal mothers and their babies of the Neonatal Intensive Care Unit, NICU, of the Eastern Regional Hospital, Koforidua who have no money to foot their medical bills after service delivery.

This became a big challenge to them as they had no hope but through the kabaka foundation, they’ve been rescued from their debts.

Many other Maternal Mothers and their babies also recieved supports as well when the CEO of the Kabaka Foundation, Nana Owiredu Wadie settled bills and also distributed items to them to mark his birthday.

He settled the debt of 17 thousand Ghana cedis of some 17 mothers and their babies who have been discharged but were unable to settle their bills.

The Kabaka Foundation is a charitable organization that believes in spreading the love of God by putting smiles on the faces of the needy and the underprivileged in the society through impactful social interventions.

The projects also focused on orphans, nursing mothers, street children, the sick and vulnerable in society.

For the past six years, the Kabaka Foundation has been extending a helping hand to the Eastern Regional Hospital in Koforidua.

It is currently single handedly constructing a one-storey ultra-modern Neonatal Intensive Care Unit, NICU, at a cost of GH 1.9 million for the hospital which is about 60 percent completed.

The benevolence of Nana Owiredu Wadie who is also the Nkosuohene of Kwahu- Nkwatia came as part of his birthday celebration which falls on September.

Dr Arko Akoto-Ampaw, the Medical Director of the Hospital commended Nana Owiredu Wadie the Nkosuohene of Kwahu- Nkwatia for the gusture. 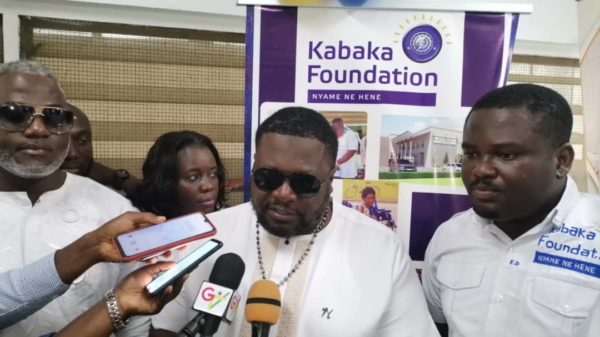 Madam Yaa Ansaa of Koforidua who initiated this annual support for mothers and Babies at the hospital on behalf of the beneficiary mothers also commended the foundation for their support that have made significant impact on the lives of maternal mothers after delivery.